Hennessy is proud to announce the renowned urban artist JonOne as the designer of the 2017 Hennessy Very Special Limited Edition Series. The custom-designed bottle, launching across the US in Summer 2017, will be sold in almost 50 countries worldwide.

The Hennessy Very Special Limited Edition by JonOne, which features a colorful, vibrant design, is the latest addition to an ongoing series of collaborations between Hennessy and internationally renowned urban artists, including Scott Campbell, Ryan McGinness, Shepard Fairey, Os Gemeos and Futura.

In JonOne, the Maison instantly sensed a kindred spirit. Constantly on the move between his home base in Paris, his native Harlem and cutting edge art scenes all over the world, the graffiti artist-turned-art world phenomenon has always remained true to himself, pushing boundaries and defying definition.

For JonOne, art is a vector for pure emotion: what drives him is being “in the flow” and “sharing dreams”.

“JonOne is a unique talent who shares many traits with Hennessy,” notes Bernard Peillon, Chairman and CEO of Maison Hennessy.  “Jon has an open spirit, he stays curious.  His passion lies in constantly pushing his work to new heights, new territories, even though he is already a true master, and has nothing left to prove. Like Hennessy, he never stops and never settles.”

JonOne had never before visited the town of Cognac. On his first visit to Hennessy’s historic seat, in 2016, the artist immediately connected with the place for its energetic atmosphere and passion for creation.

Master Blender Yann Fillioux introduced JonOne to the complex layers of cognac. “When I met Mr. Fillioux I could just sense his passion,” the artist explains. “When you speak to people at Hennessy who love what they do it really resonates. I can completely relate to that emotion: They create beauty with their own hands; they know the joy of creation. For them and for me, it’s not just a job, it’s part of your life.”

This shared passion can be seen even in the design process itself, which mirrors the elaboration process of the cognac.  With an energy that has come to define his style, JonOne built layer upon layer of freestyle splashes of color, intermixed with Hennessy’s own imagery, echoing the complex layers of flavors and aromas the Master Blender creates during the blending process.  The result is a final work that captures the spirit of both artist and Maison.

“The freedom of the street is what made me want to pursue art in the first place,” notes JonOne. “The subway is like a museum that runs through the city. Then, as now, my question is always, “How do I make my art live?” I want people to look at it and say, “What is this?”. Hopefully, they’ll be inspired. I want to see where it takes them — and where it might lead me next.”

The design appears on a limited run of the flagship Hennessy Very Special bottle and accompanying gift box.  A special deluxe gift edition is also available, featuring a 1.75L bottle decorated with JonOne’s iconic tag and Hennessy iconography.  It is encased in a whimsically over-sized paint can, inspired by the artist’s studio and creative inspiration.

Hennessy Very Special Limited Edition 2017 by JonOne will be available from mid-July in the US and worldwide.

Born John Andrew Perello in New York’s Harlem neighborhood in 1963, JonOne today is an icon among urban street artists. Entirely self-taught, he became a graffiti artist at age 17 when he fell in with a group of other street artists and began tagging his work “Jon156”.  In 1984, he founded the graffiti collective 156 All Starz as a way to move past the urban blight around him. In 1987, with money saved doing odd jobs – including being a men’s room attendant at the Palladium – he took up a fellow artist on an invitation and bought a one-way ticket to Paris, where he immediately emerged at the forefront of the street art movement. In his 30-year artistic career in France, Jon One has been featured in dozens of shows and has expanded his range to decorative projects from rugs and speakers to a Boeing 777. Over the years, several JonOne works have set records at auction for graffiti art sold in France. In 2016 alone, JonOne counted six solo exhibitions in France, one in Israel and one in the United States.

Tasting Notes : The Power of Blending

On the nose, Hennessy Very Special brings together an intense and fruity character with pleasant oaky notes. In the mouth, powerful flavors evoke grilled almonds, supported by the fresh, lively notes of the grapes.

Demanding in its creation, yet immediately satisfying in its tasting, Hennessy Very Special marks its inimitable style across time. As a reflection of Hennessy’s know-how, Very Special’s audacious personality is the result of carefully selecting only the most expressive and distinctive eaux-de-vie. After several years of maturation in French oak casks, the eaux-de-vie are then blended with the mastery and consistency unique to the Maison Hennessy.

Share Hennessy Very Special to create a unique tasting moment. Savor it neat, on ice or with a mixer and reveal its character. 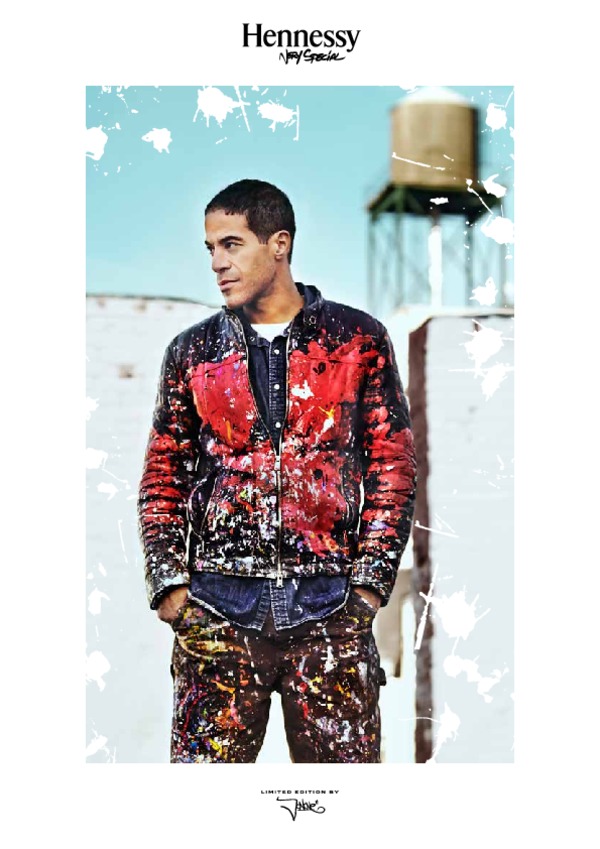 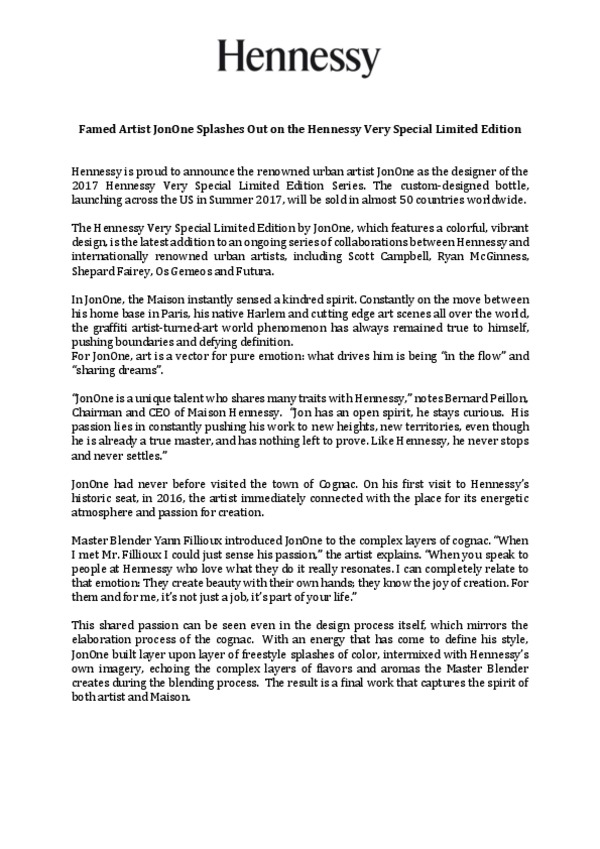 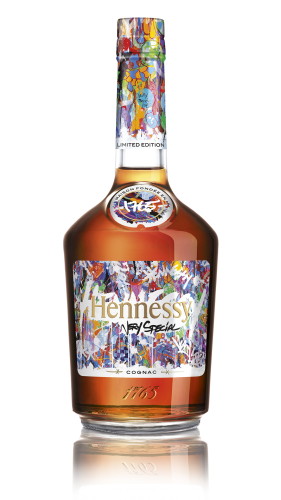 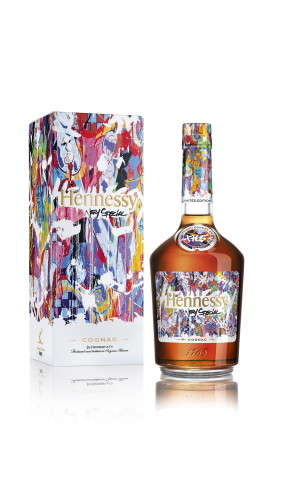 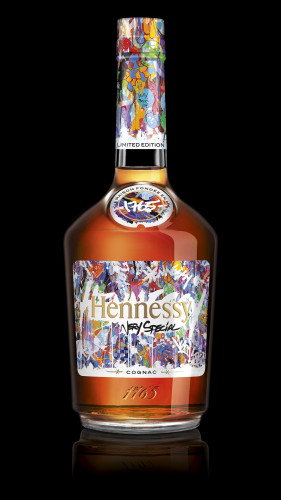 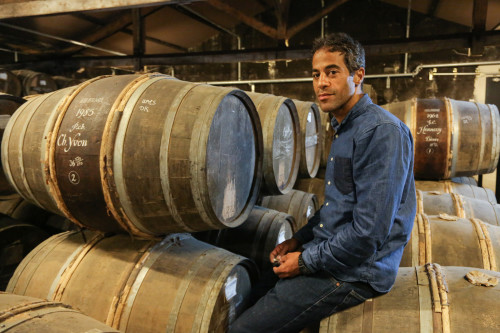 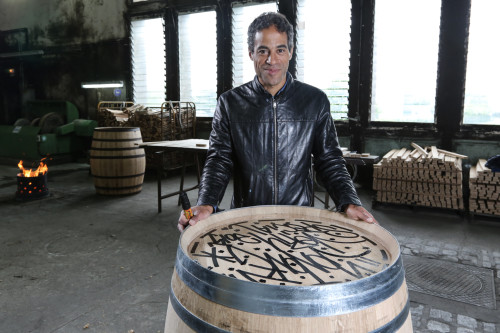 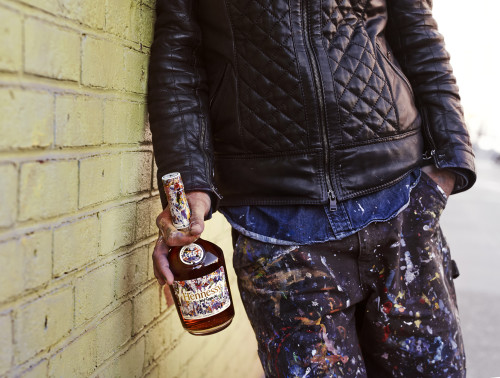 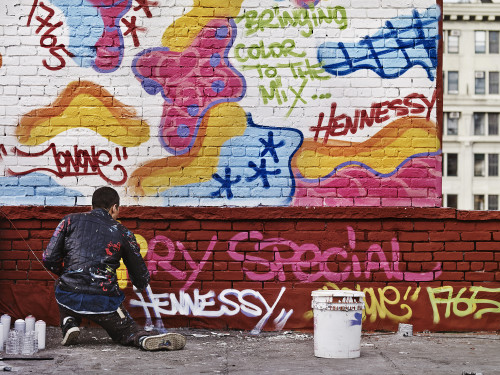 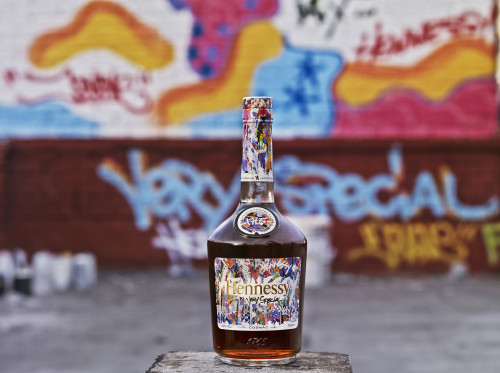 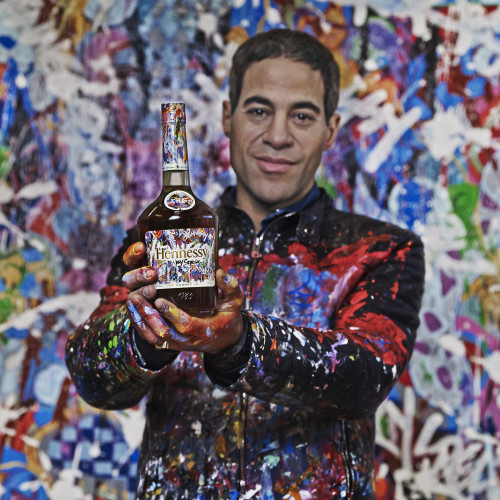