In homage to the family’s intrepid explorer, the namesake blend will bow in the country where, in 1819, James Hennessy first delivered a special order to the imperial court.

Born in Cognac in 1765 – the same year his father, Richard Hennessy, founded the family company – James Hennessy grew into a visionary for a new generation. As the family’s true explorer, James Hennessy was largely responsible for introducing Hennessy cognac to new lands and cultures.

“Truth is to be found in adventure”, James Hennessy once wrote in a letter to his father. Wherever he traveled, James Hennessy forged lasting bonds that sealed Hennessy’s reputation, from the royal courts of Europe to the newly formed United States of America, India, Asia and, in 1819, Russia.

But while James Hennessy embraced the world with open arms, he proved a formidable entrepreneur once bacl at the Hennessy family seat in Cognac. After succeeding his father, in 1800, James Hennessy set about perfecting the art of Cognac-making. His endeavors continue to shape Hennessy to this day.

A trailblazer, James Hennessy changed the dimensions of Cognac-making by innovating again and again. While preserving tradition, he moved to modernize processes and set uncompromising standards of excellence, from barrel craftsmanship and ageing techniques to shipping methods. His unrelenting insistence on quality would change forever how Cognac is blended, stored, transported and enjoyed. Under James Hennessy’s stewardship, the family company was officially registered as Jas hennessy & Co.

To honor his legacy, the James Hennessy Cognac was created during Hennessy’s 250th anniversary year, in 2015. This exclusive blend comes in a decanter of streamlined, contemporary elegance by the internationally acclaimed designer Marc Newson. In keeping with the spirit of exploration, James Hennessy Cognac was available solely through global travel retail stores, where it met with immediate success.

Today, two hundred years after James Hennessy first honored a commission from imperial Russia, the legacy cognac bearing his name will debut on the Russian domestic market. For the occasion, Marc Newson has created a dedicated format: the 70cl James Hennessy will launch in Moscow on October 3rd 2018.

ABOUT THE JAMES HENNESSY SILKY AND STRUCTURED BLEND
The James Hennessy blend is a silky, structured and contemporary Cognac that’s as distinctive as the man who inspired it. Created by Yann Fillioux, the seventh-generation Master Blender, together with the Tasting Committee, it is made from a rigorous selection of some of the finest and most intense eaux-de-vie graced with a wonderful balance of soft wood tannins. It reveals its character with measured restraint, slowly releasing notes of roasted almonds and mild tobacco as it expands across the palate. Its finely balanced structure next reveals notes of fresh apricot and subtle hints of pistachio. A superb and enduring finish prolongs the sensation. A truly intense experience, with a multitude of aromas and flavors. 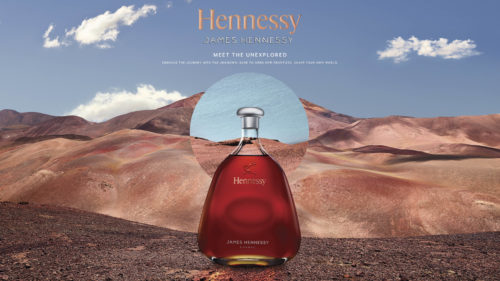 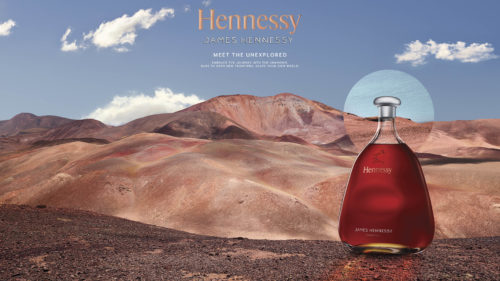 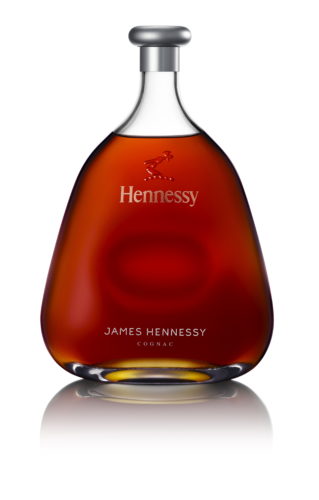