Hennessy X.O is proud to inaugurate its new Odyssey campaign with a sensorial journey by film director Nicolas Winding Refn. For the project, Hennessy granted the director of “Drive” carte blanche to explore and express a universally subjective theme: the sensation of Hennessy X.O. Re-interpreting impressions described by Hennessy Comité de Dégustation, Refn weaves a rich tapestry illustrating the cognac’s taste and feel. The result perfectly depicts the spirit of the campaign’s storyline, “Each drop of Hennessy X.O is an odyssey.”

True to Refn’s mysterious and conceptual signature, this striking narrative quickly pierces a smooth veneer and flows through a dreamscape of color, texture and elements such as water, earth, fire and metal. Through a topography of flowing liquid and gentle curves, the director evokes Hennessy X.O’s hidden facets and offers powerful images that capture such intangible sensations as a cascade of flavours.

“Taste is a powerful sense” the director Nicolas Winding Refn notes. “Experiencing certain tastes creates the sensation of a journey. The complex flavours in Hennessy X.O excite the palate and offer rich contour and contrast, opening the door to unique experiences.”

An invitation to awaken the senses

Inspired by the Hennessy Comité de Dégustation’s profound know-how, the film articulates seven tasting notes into distinct chapters that flow seamlessly into one another. While these seven chapters represent the Hennessy X.O odyssey, ultimately, as the tasting committee observes, every perception varies depending on palate, experiences and vision of each individual. The chapters unfold as follows:

Sweet Notes: The palate is warmly embraced by flavours of candied fruit – the faint sweetness of oranges fused with the subtle tartness of apricots.

Rising Heat: The intriguing sensation of an intense, rising heat slowly reveals the complex taste of eaux-de-vie that have patiently aged in oak barrels.

Flowing Flame: A wave of warmth grows, crests and then breaks; the mouth is awash with the sensation of an immense roundness. A robust presence, full and voluptuous, is felt.

Chocolate Lull: There is the gradual discovery of something familiar. It is the well-rounded flavour of a rich, dark chocolate. Slightly sweet and silky smooth, it gently caresses the palate.

Wood Crunches: A striking sensation is suddenly felt – the vigorous ebb and flow of oak notes interlaced with vanilla. With their bold and complex taste, they make their powerful presence felt and then vanish.

Infinite Echo: The evanescent oak notes leave a long, omnipresent finish in their wake, echoing the subtleties of each flavour and sensation that has preceded it, as well as the complexity of X.O’s blending and long aging process.

The Odyssey campaign spots by Nicolas Winding Refn were produced in 15-, 30-, 60- and 98-second versions and are accompanied by a seven-visual print advertising campaign and additional support in the form of a digital immersive experience, an animated visual and a 360° making-of[1].

The Odyssey campaign by Nicolas Winding Refn will break in Taïwan in mid-January and will roll out worldwide starting on March 11th.

About the Creative Team
Film director Nicolas Winding Refn was born in Copenhagen, Denmark, and raised in New York. He has written, produced, and directed many classic films including “The Pusher Trilogy”, “Bronson”, “Valhalla Rising”, “Drive”, and “Only God Forgives”. In addition, Nicolas Winding Refn has directed commercials for upscale brands. Refn’s most recent feature film, “The Neon Demon”, is scheduled for release in 2016.
For the Hennessy X.O Odyssey, Nicolas Winding Refn collaborated with film composer Cliff Martinez. He is the talent behind the scores Refn films, Drive and Only God Forgives, and has done the soundtrack for Refn’s latest film “Neon Demon”.
The print campain was orchestrated by the photographer Dan Tobin Smith, a specialist in installation and still life photography, has established an important commercial portfolio in the luxury sector in addition to his personal work and exhibitions such as his much-noted “Alphabet” series. This is his first collaboration with Hennessy X.O. 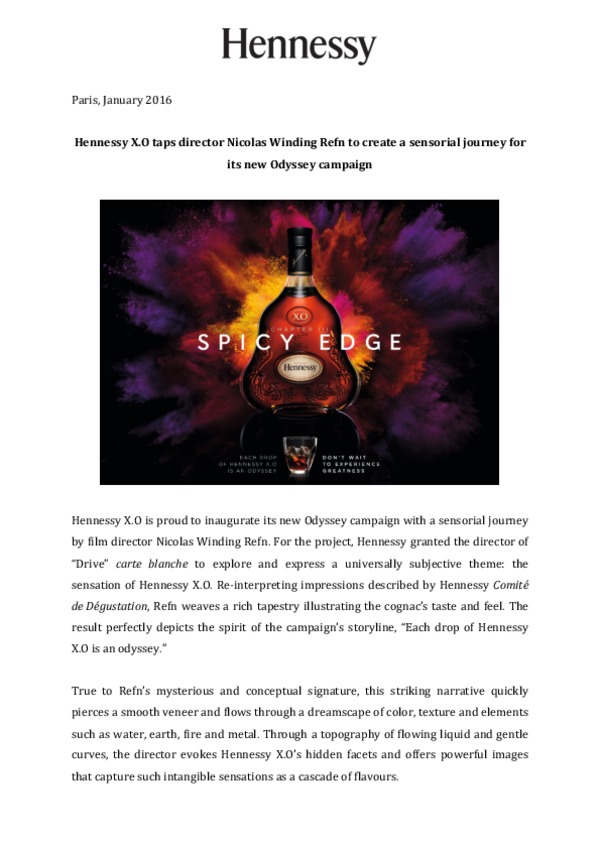 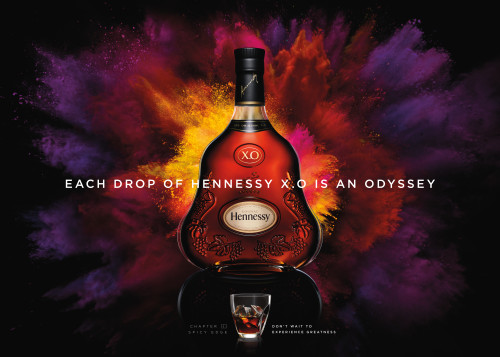 Each drop of Hennessy is an Odyssey 1 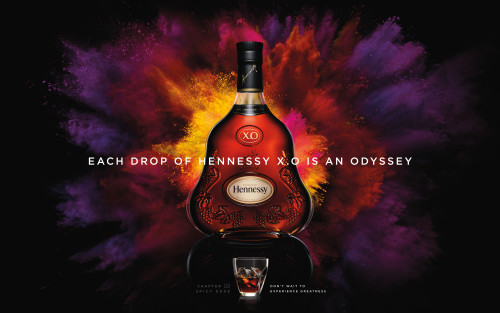 Each drop of Hennessy is an Odyssey 2 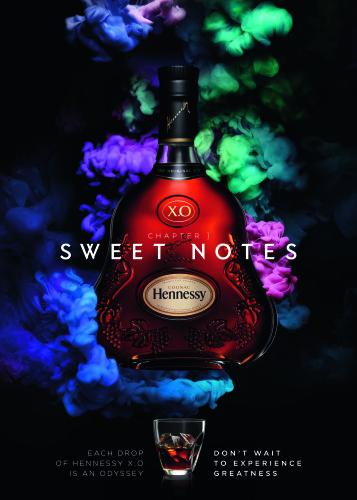 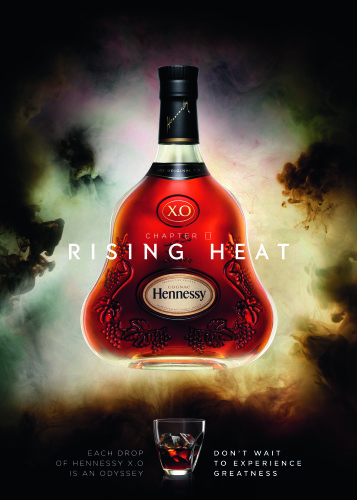 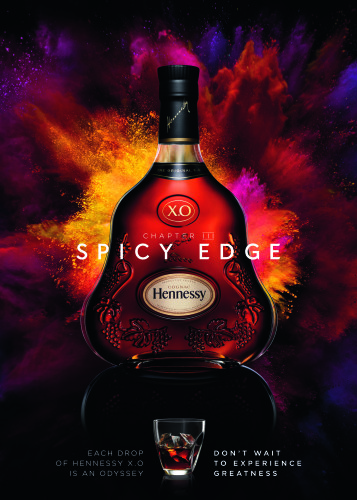 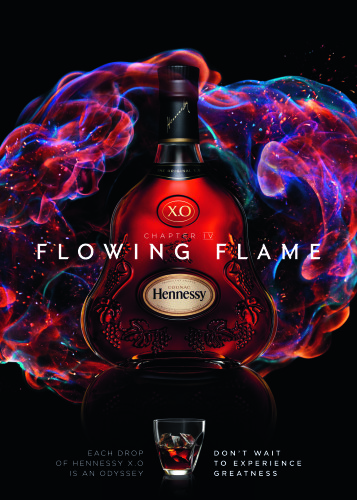 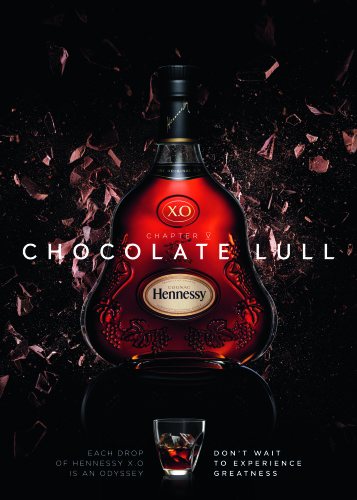 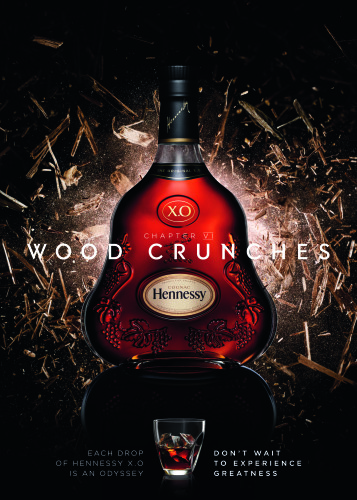 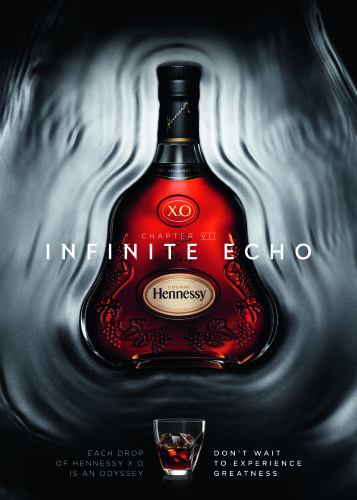 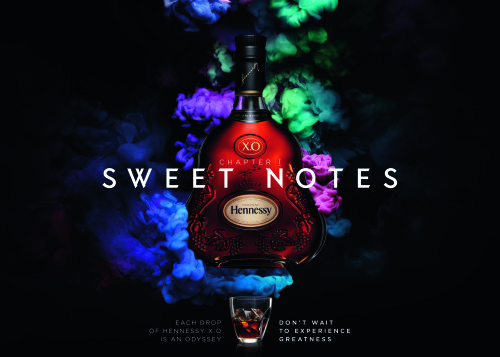 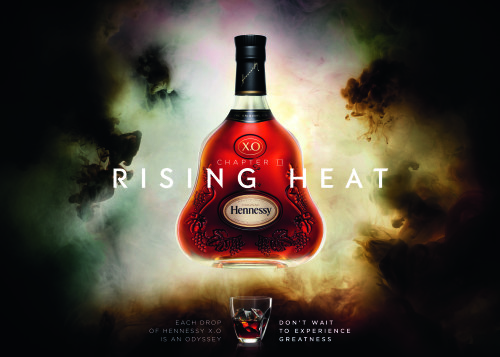 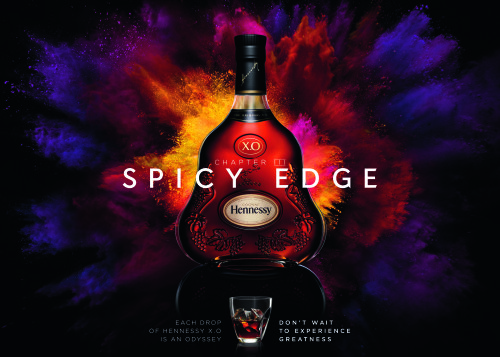 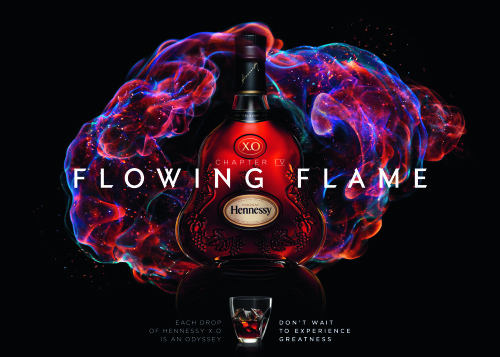 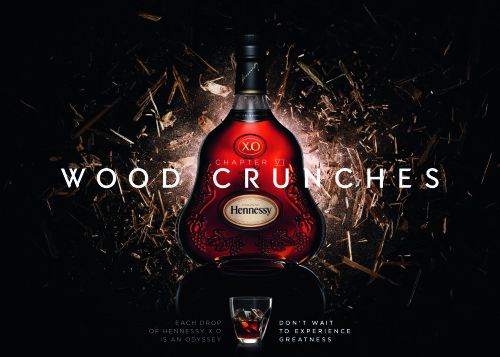 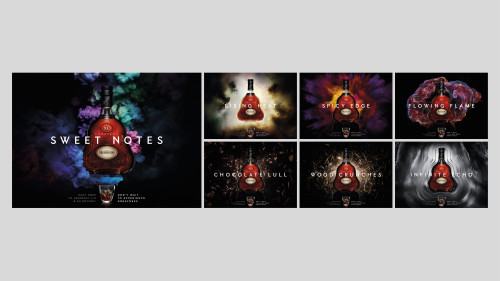 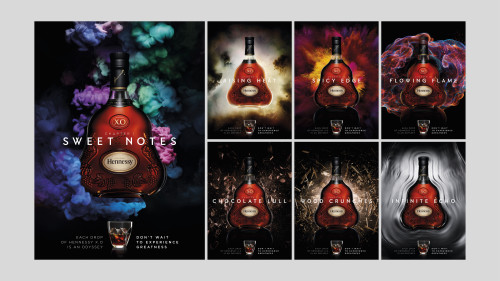 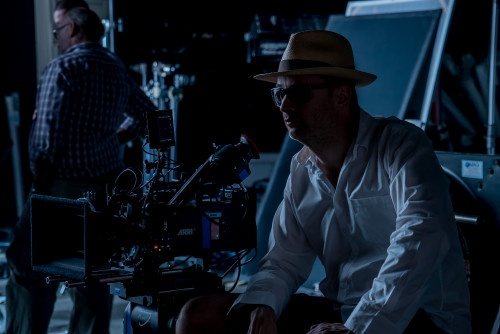 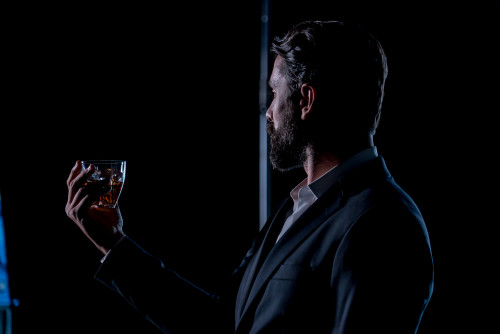 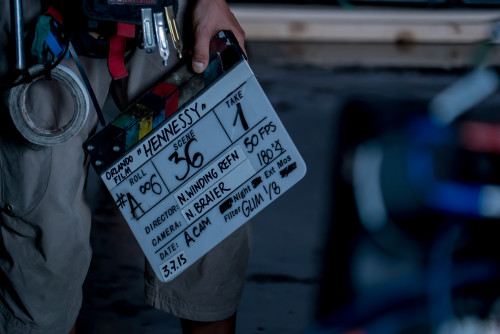 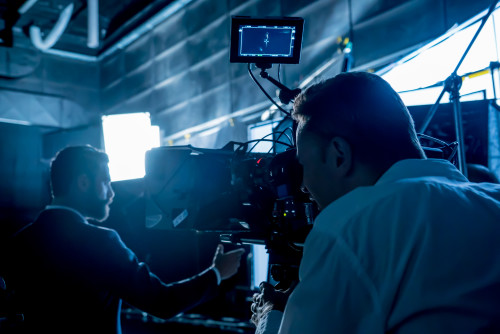 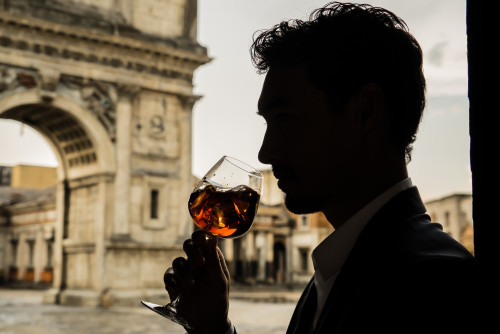 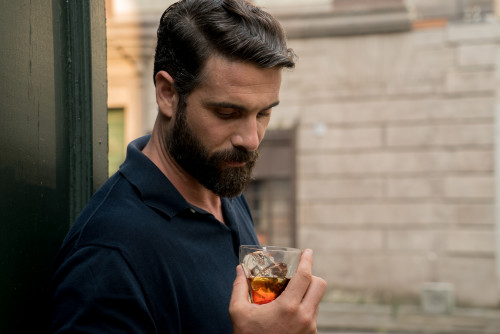 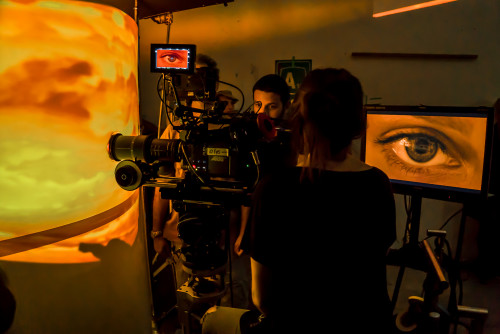 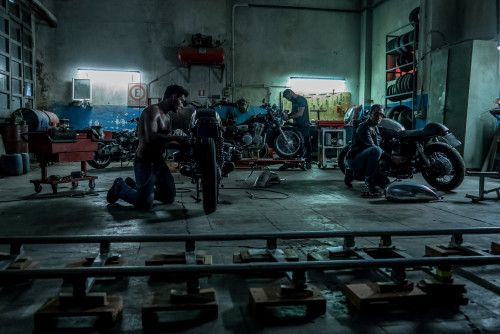 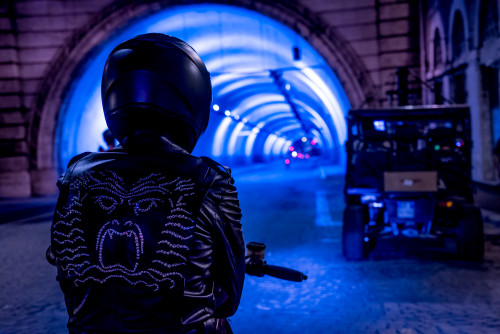