MAKING THE INVISIBLE VISIBLE : HENNESSY TEAMS UP WITH VHILS FOR ITS VERY SPECIAL LIMITED EDITION 2018

For Hennessy, the celebrated urban artist explores layers of meaning in a unique, global art experience.

Hennessy is proud to announce its collaboration with the urban artist Alexandre Farto – aka “Vhils” – for the Very Special Limited Edition Series 2018.

On the surface, Vhils is a graffiti writer turned art world phenomenon. But he is much more than that: Vhils is sui generis: innovative, visionary, in a class by himself.

The great disrupter of his generation, Vhils is often described as an “urban archaeologist” who gleans inspiration from growing up in the fast-changing capital of post-revolutionary Portugal. Having established his signature on city walls, the rebellious teen quickly moved on to pioneer a new form of urban expressionism through monumental portraits cut, composed, chiseled or exploded from built-up layers of paint or paper, stone, wood, steel or concrete and infused with the color and energy of the hip-hop music scene.

For Hennessy, Vhils’ approach to his art is a fitting metaphor for the art of cognac-making: both rely on the unpredictable, immutable force of time and the elements. For each, the creative process is a poetic quest to make the invisible visible.

Said Vhils: “When I discovered the story behind Hennessy, I realized that this collaboration was a perfect fit with my art and ideals. I’ve been pushing the boundaries for 10 years, but then I realized that Hennessy’s been doing it for more than 250! Whether it’s about exposing the nature of a city or blending a perfect cognac, for both of us, the essential element is time. You have to wait for it, let it do its job, and then work with the layers time has shaped. There’s no speeding up the process and there’s always an element of risk-taking.”

As the guest artist for Hennessy Very Special Limited Edition 2018, Vhils selected hallmarks from the Hennessy archives, such as the Three Star emblem, and reproduced cognac’s amber hues through experimentation with paper, heat and acid. In keeping with his monumental works, he created a composite portrait that taps into the essence of Hennessy’s identity while speaking to each viewer on an individual level.

To celebrate this collaboration, Vhils will attend worldwide reveals of Hennessy Very Special Limited Edition 2018 and create immersive new art experiences. Selected stops in this global project will be the stage for revealing new, site-specific Vhils works that reflect the spirit of Hennessy and the art of making the invisible visible.

The Hennessy Very Special Limited Edition 2018 by Vhils will be revealed in New York on July 12th.

Born in Lisbon in 1987, Alexandre Farto is an astute observer of urban environments who began experimenting with graffiti as an adolescent, adopting the name “Vhils” because the streamlined letters let him work fast enough to stay one step ahead of the local authorities. The signature was instantly recognizable; the name stuck. Within a few years, he had moved away from graffiti and into more complex, large-scale urban expressionism.

Vhils attended the Byam Shaw School of Art in London and won international acclaim at age 21, when his work appeared alongside that of the street artist Banksy at the Cans Festival in London (2008). An avid experimentalist, he continually pushes the boundaries of visual expression. Vhils’ “aesthetics of vandalism” spans many mediums, from stencil painting and wall carvings to corrosive acids, pyrotechnic explosions, 3D modeling and installations. Music is another essential facet of Vhils’ work; in addition to directing music videos and he is the organizer of the Imminente music festival. Over the past decade or so, the artist’s monumental reliefs, mosaics, sculptures and projections have brought new layers of context to his hometown and embellished cityscapes in dynamic, far-flung cultural capitals such as Shanghai and Dubai. While he calls Lisbon home, Vhils lives and works all over the world.

Hennessy Very Special has a unique style that makes it a reference in the art of blending. The modern incarnation of Hennessy’s original Three Star cognac, Very Special brings together warm-hearted and full-bodied flavors. This recipe has been passed down through generations, to the delight of connoisseurs in search of a very special moment. For this reason among many others, it is one of the world’s most celebrated cognacs.

Created to exacting standards and immediately satisfying to the taste, Hennessy Very Special is exceptional in its ability to preserve inimitable style over time. A reflection of Hennessy’s know-how, Very Special’s audacious personality is revealed through the uncompromising selection of only the most expressive and distinctive eaux-de-vie. After several years (at least two years) of maturation in French oak casks, the eaux-de-vie are then blended with the mastery and consistency that are unique to Hennessy.

On the nose, Hennessy Very Special brings together an intense and fruity character with pleasant oaky notes. In the mouth, powerful flavors evoke grilled almonds, supported by the fresh, lively notes of the grapes. 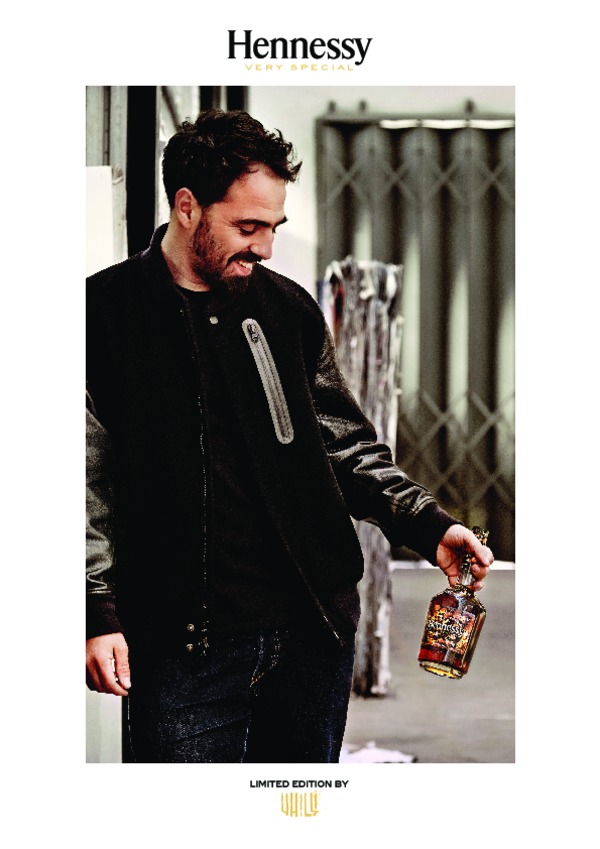 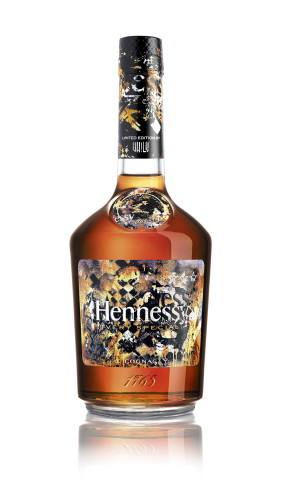 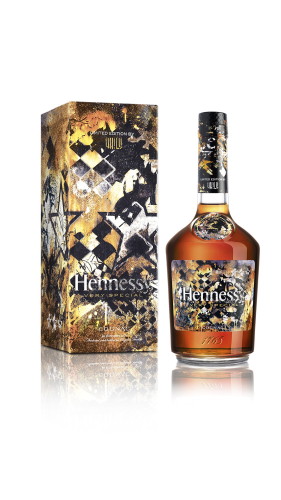 Hennessy VS Limited Edition by Vhils - Bottle and Giftbox 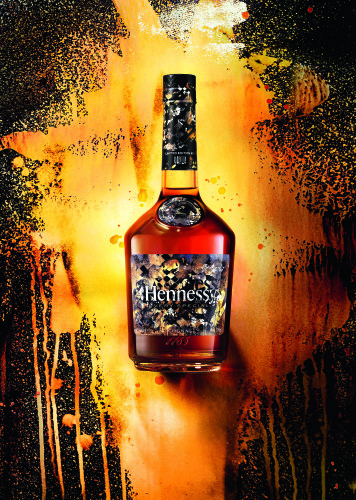 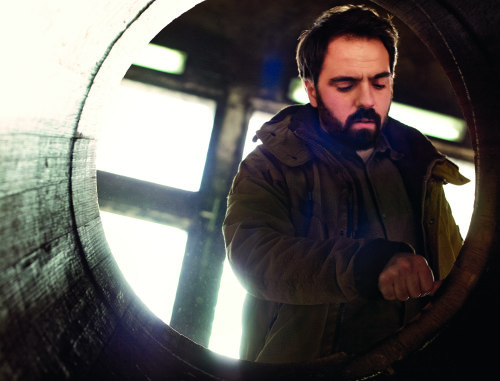 Hennessy VS Limited Edition by Vhils - Vhils at Cognac 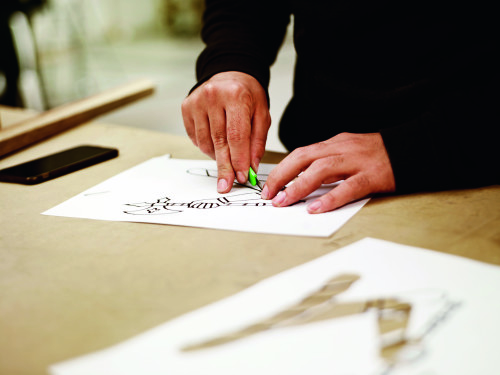 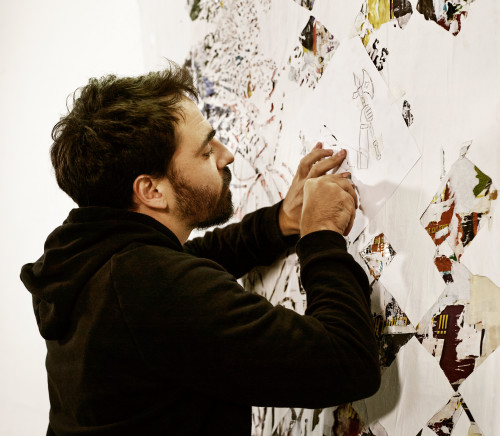 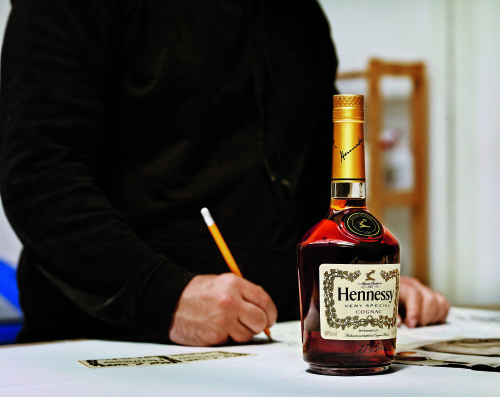 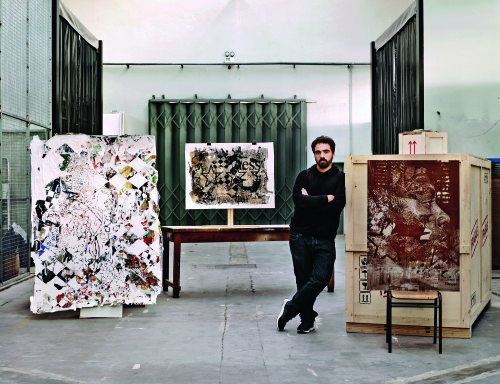 Hennessy VS Limited Edition by Vhils - Vhils in his studio 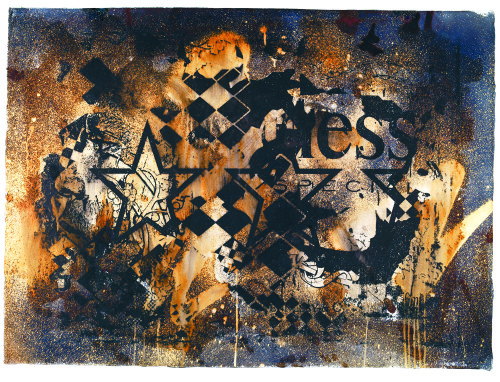 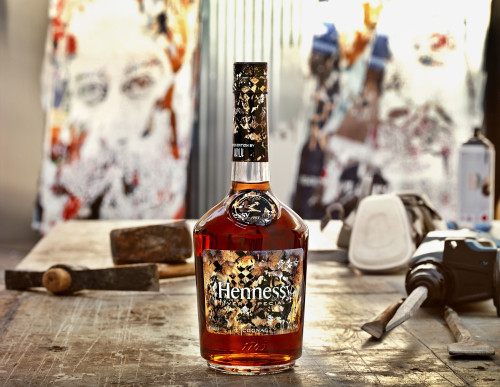 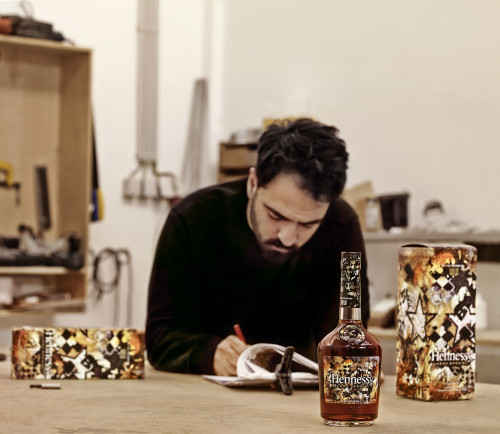 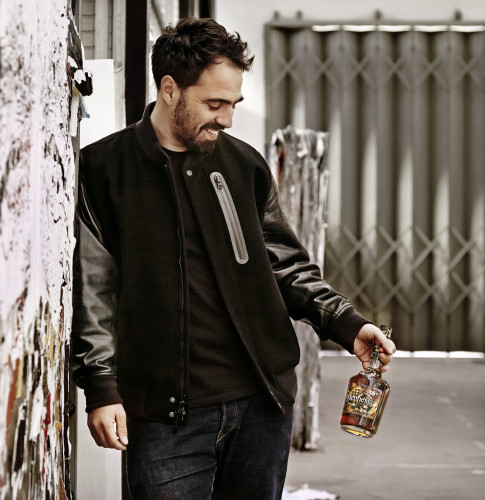 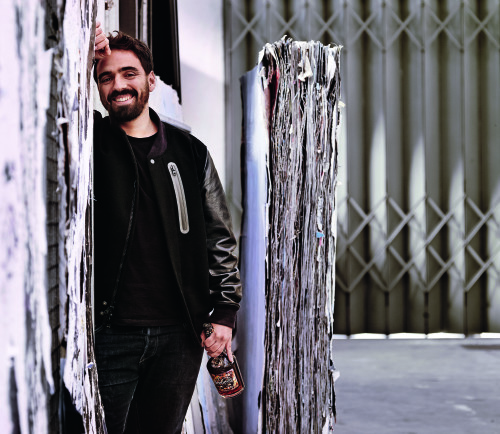