These important design prizes include the Popai Awards and the Pentawards, as well as the Prix Formes de Luxe, three honors that together comprise the leading design awards in the luxury category. The Maison Hennessy swept the three luxury design awards at ceremonies held in June, September and October 2015.

“To win any one of these luxury design prizes is a great honor. To take home all three in our 250th anniversary year is an amazing recognition of excellence. We are proud to continue to uphold our heritage as champions of the arts and of innovative expression through design,” said Bernard Peillon, chairman and CEO of Hennessy.

The Pentawards: Founded in 2007, the Pentawards are devoted exclusively to packaging in all its forms and recognize excellence in creative packaging worldwide. 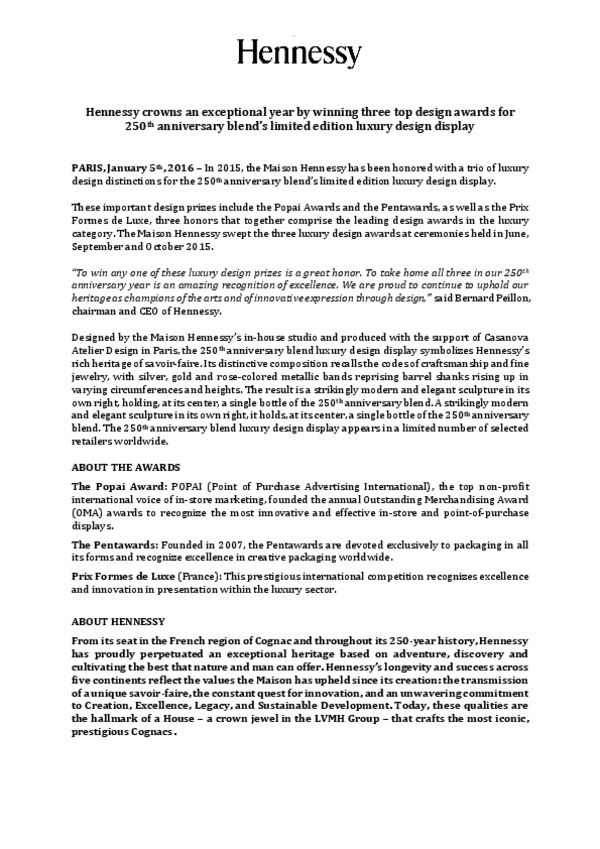 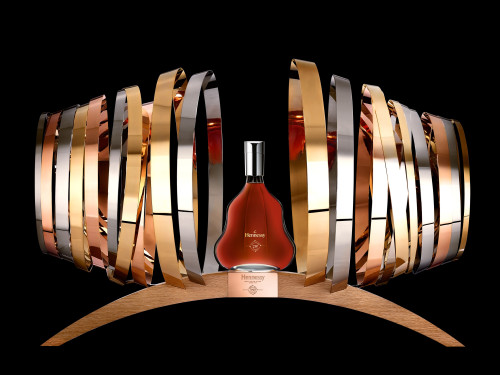 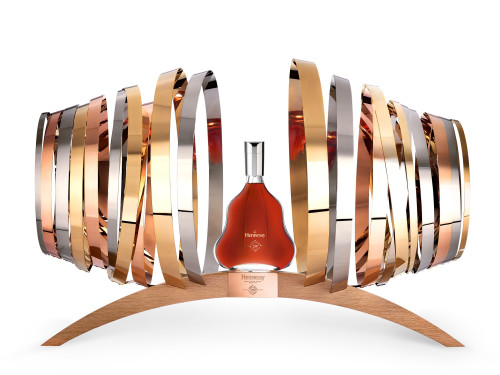