Staged on the Charente River, it is the artist’s first daytime fireworks launched from water and his first-ever livestream event for a global audience.

On Friday, September 25th, hundreds of thousands of followers around the world tuned in via livestream as Maison Hennessy hosted “A World Odyssey”, a unique global art spectacle presented on the Charente River in Cognac, France.

Conceived and executed by the renowned contemporary artist Cai Guo-Qiang, the daytime fireworks event The Birth of Tragedy – at times vividly colorful, at times poignant, was launched from 150 oak barrels anchored on the Charente’s surface. Unfolding in three acts, through an acknowledgement of pain as an inevitable part of the cycle of life and nature, the fireworks pay tribute to perseverance, optimism and the triumph of resilience.

In tandem, and as a prelude to the outdoor event, the artist used his signature colored gunpowder to create an impressionistic canvas representing his vision on the fireworks spectacle. That artwork is now a part of Hennessy’s permanent collection.

Inspired by Nietzches’s “Birth of Tragedy”, the work’s intent was to acknowledge the difficulty of the current context while evoking the eternal cycle of creation and destruction, culminating in a celebration of unity and hope for a brighter future.

“For A World Odyssey, I wanted to create something vibrant and colorful to evoke emotions of optimism and courage,” explained Cai Guo-Qiang.

“Staging the event on the Charente as a metaphor for Hennessy’s history seems appropriate – the river was the channel through which its cognac travels to the rest of the world. Fireworks in the daytime allude to another dimension of poetry, as the smoke creates forms akin to wild cursive scripts written in the air. There’s a feeling of freedom and movement despite the unknown; of creating joy and persisting despite obstacles in an unpredictable context.”

Said Laurent Boillot, chairman and CEO of Hennessy: “2020 will remain in all our memories for its uncertainty and difficulty. But for the Maison Hennessy, this is also the 150th anniversary year for an iconic cognac, Hennessy X.O. This exceptional performance is intended as a message of hope – and we feel that today it is practically our duty to be optimistic. Cai Guo-Qiang’s work has an impalpable poetry, as does Hennessy X.O. It is our pleasure to host this fireworks event for the people of Cognac, and our friends all over the world.”

Broadcast simultaneaously on a big screen in Times Square, at Blend by Hennessy – the newly opened Hennessy place on the Shanghai Bund – and across social platforms, the event was and is still available on a chose-your-view multi-cam format on Hennessy.com.

In keeping with a shared commitment to health and environmental protection, Maison Hennessy and Cai Guo-Qiang ensured that the “A World Odyssey” daytime fireworks event was staged using exclusively non-toxic, biodegradable, CE-certified pyrotechnic products. These products were sourced from a manufacturer aligned with EU environmental regulations. The event was held in accordance with the most strigent health measures.

ABOUT CAI GUO-QIANG
The recipient of numerous international art awards, including the Medal of Arts from the State Department (Washington DC), the 24th Praemium Imperiale Lifetime Achievement in the Arts (Tokyo), and the Fondation Cartier award (Paris), Cai served as the Director of Visual and Special Effects for the 2008 Beijing Olympic Games, for which he staged remarkable opening and closing ceremony events. A native of Quanzhou, China, Cai currently lives and works in New York. His personal story, inspirations and projects are the subject of the acclaimed Netflix documentary Sky Ladder (2016) by Academy Award-winning director Kevin Macdonald. This event in partnership with the Maison Hennessy marks his first collaboration with a luxury brand.
#Hennessy   #CaiGuoQiang   #HopeForTheFuture

The leader in Cognac, the Maison Hennessy has shined around the world with its exceptional blends for more than 250 years. Built on founder Richard Hennessy's spirit of conquest, the brand is present in more than 160 countries. 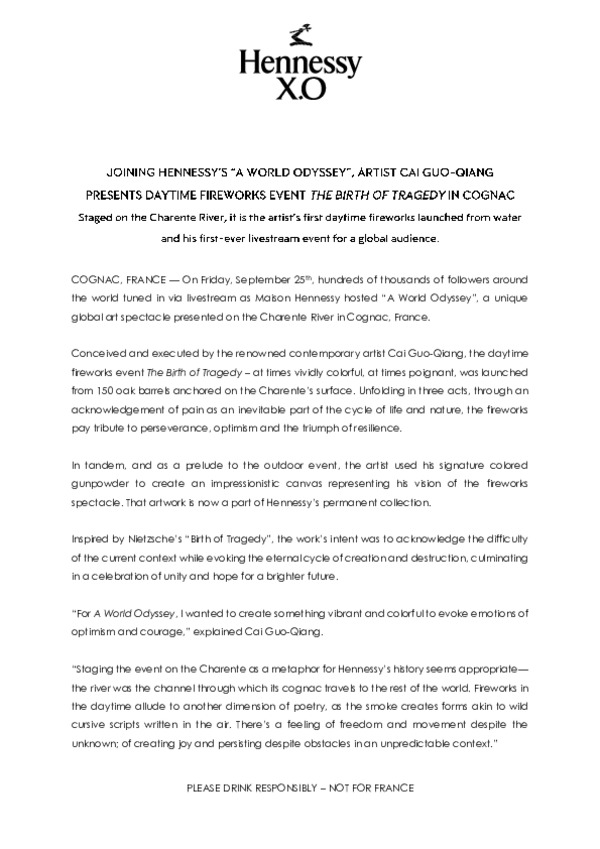 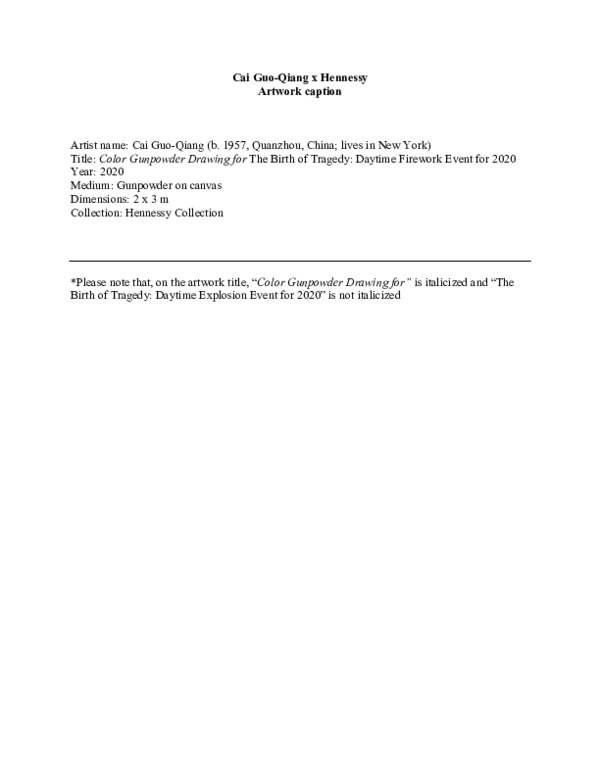 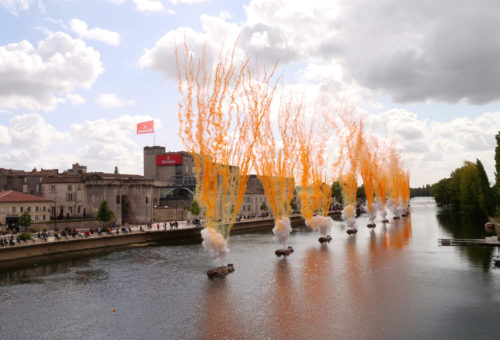 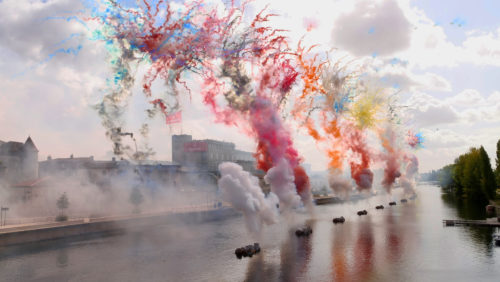 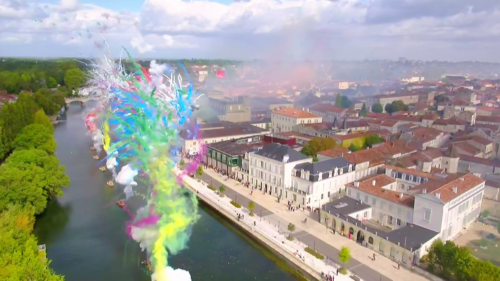 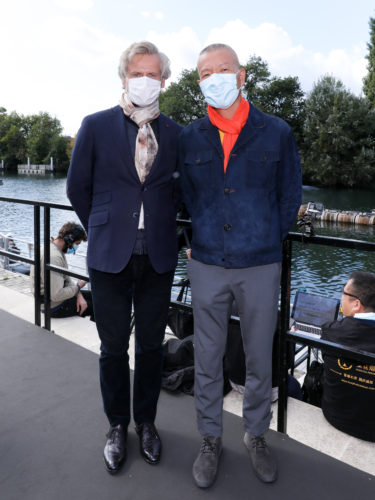 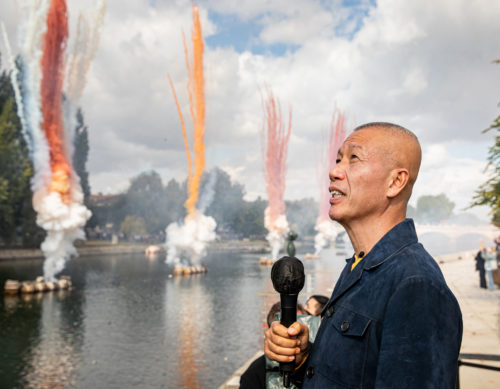 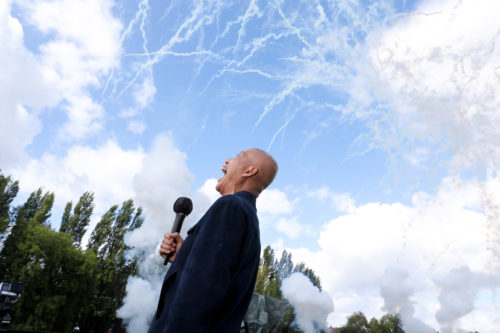 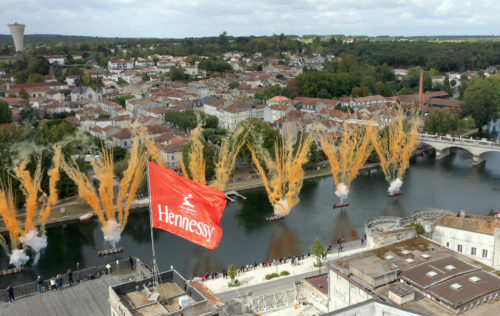 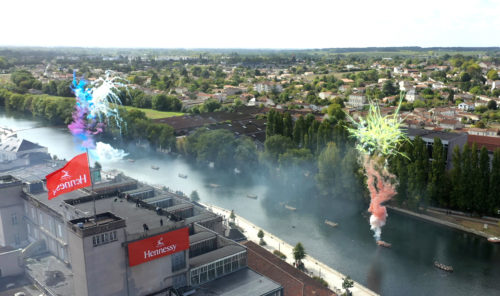 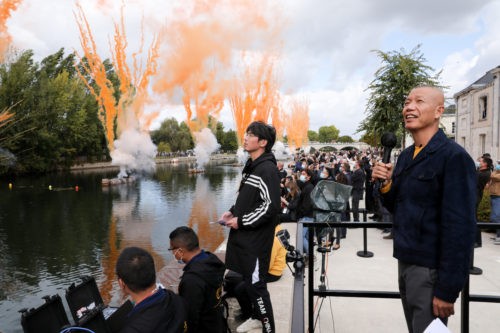 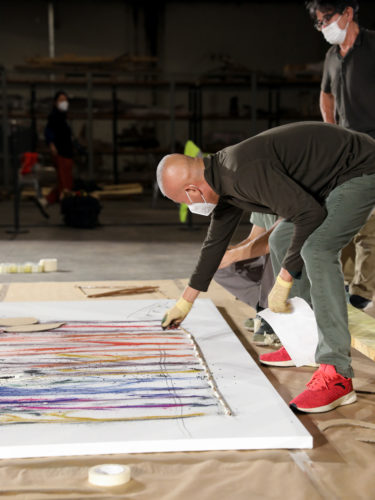 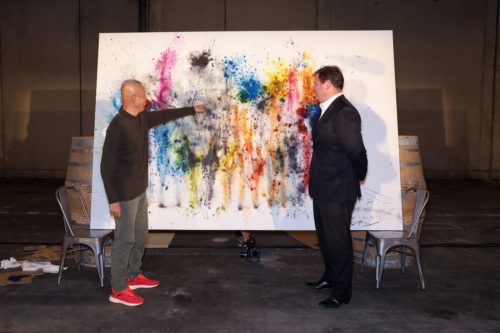 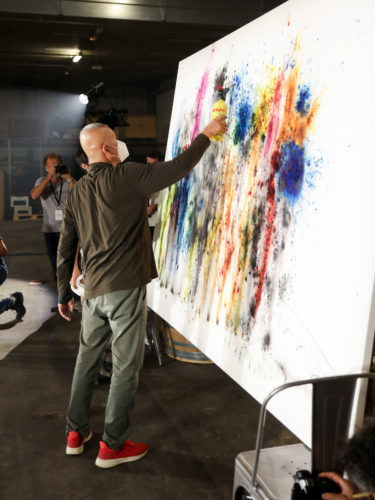 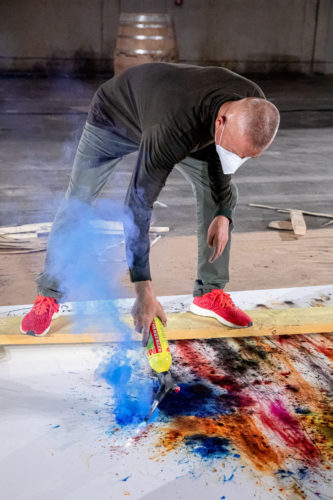 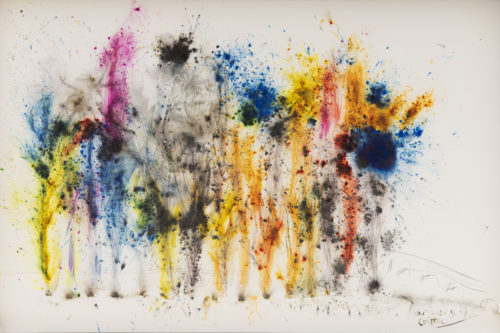 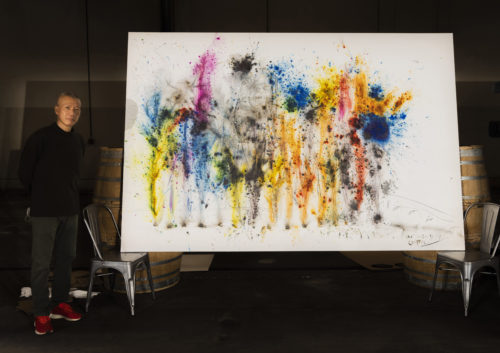